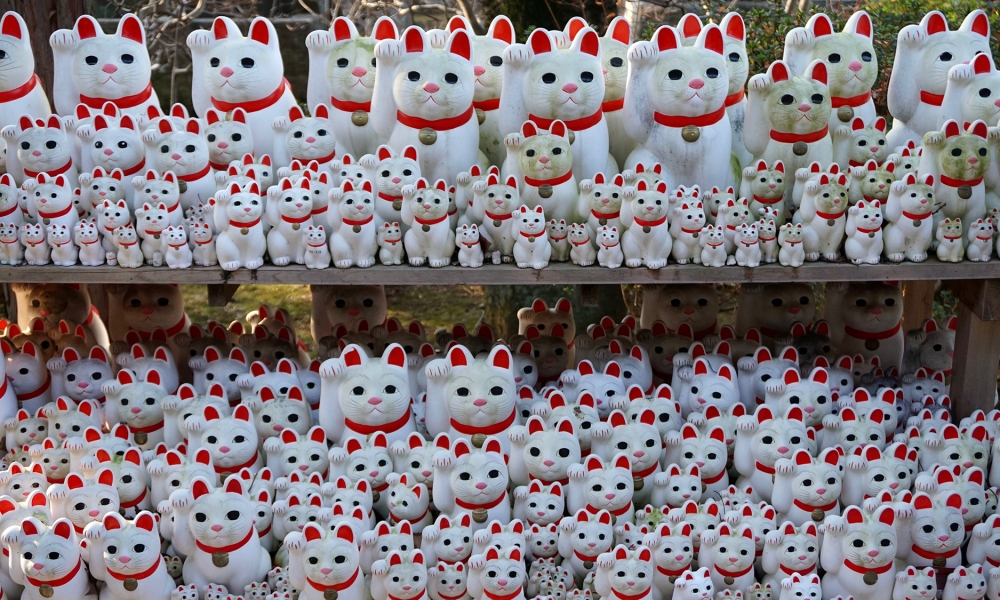 You don’t have to be a cat lover to enjoy a visit to Tokyo’s Gotokuji Temple. But you do have to venture off the tourists’ beaten path to get there.

I recently visited for the first time, taking the Odakyu rail line from Shinjuku station to the Gotokuji stop. From there, it was a 10 minute walk to the temple that’s home to thousands of waving cat figurines. The maneki-neko are sometimes called welcoming cats. Their beckoning gestures are believed to invite happiness and good fortune.

In addition to the figurines on display … 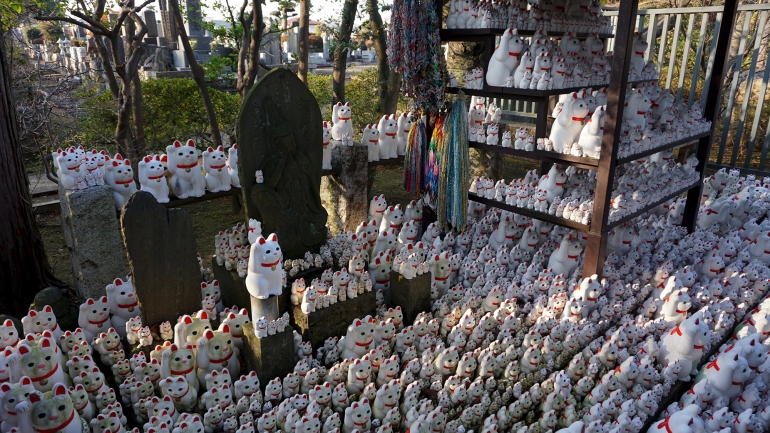 Gotokuji Temple offers plenty of other inviting things to see.

But I was there for the cats! 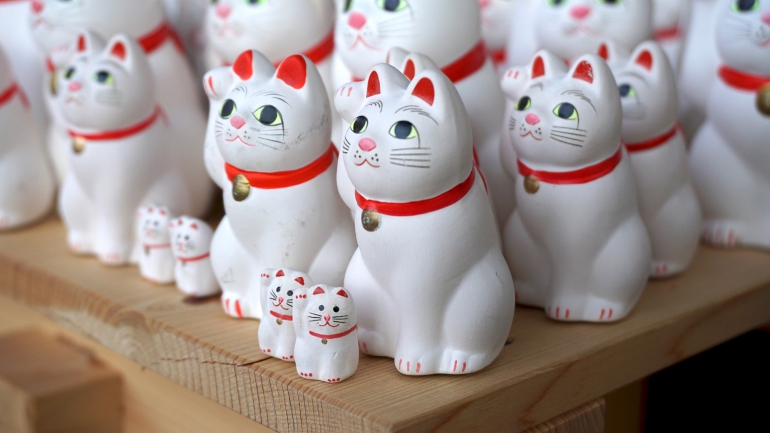 And my guess is that most other tourists are too. 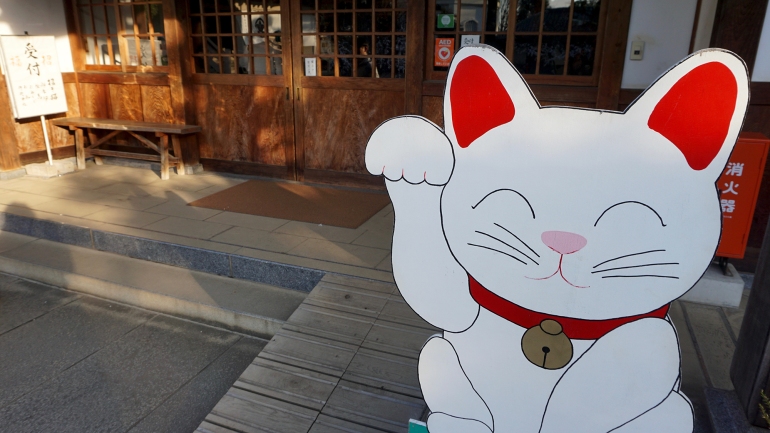 When I bought my own cat figurine at the temple’s souvenir desk, I was handed a piece of paper with “The Original Story of a Waving Cat” in English. I’ll transcribe most of it below:

Here is the story of a Monk and a waving cat. A long time ago when the temple was a shabby hut and the Monk could barely live on the small income he gained as a practicing mendicant. He had a cat and cared for it like his own chid, sharing his own meal with it. One day he said to the cat, “If you are grateful to me, bring some fortune to the temple.” After many months, one summer afternoon the Monk heard sounds around the gate, and there he saw five or six samurai warriors on their way home from hawk hunting approaching him and leaving their horses behind. They said, “We were about to pass in front of your gate, but there a cat was crouching, and suddenly it lifted one arm and started waving and waving when it saw us. We were surprised and intrigued, and that brought us to come here to ask for some rest.” So the Monk served his bitter tea and told them to relax. Suddenly, the sky darkened and heavy rain began to fall with thunder. While they waited a long time for the sky to clear, the Monk preached past, present, future reasoning sermons.

According to the story, the samurai were so delighted they converted to the temple, and their generous donations made the site as grand as it is today. All thanks to the waving cat. Everyone now knows Gotokuji as the “cat temple” and the maneki-neko as the symbol for welcoming prosperity and fulfilling wishes.

Here are the rest of my photos of Gotokuji Temple. It looks like I got a little carried away.

Can you blame me? 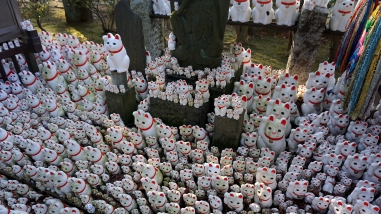 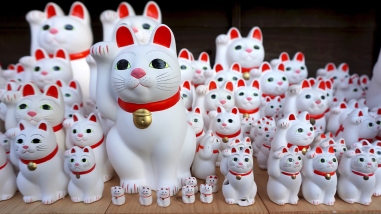 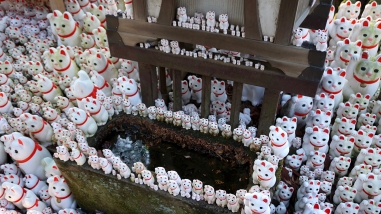 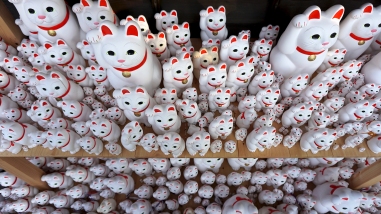 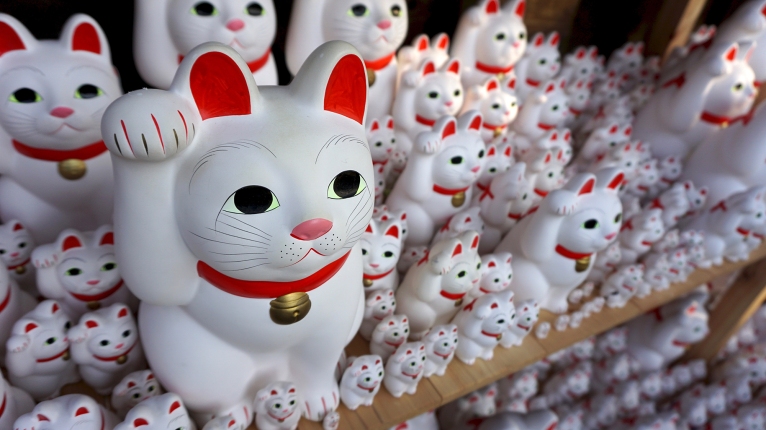