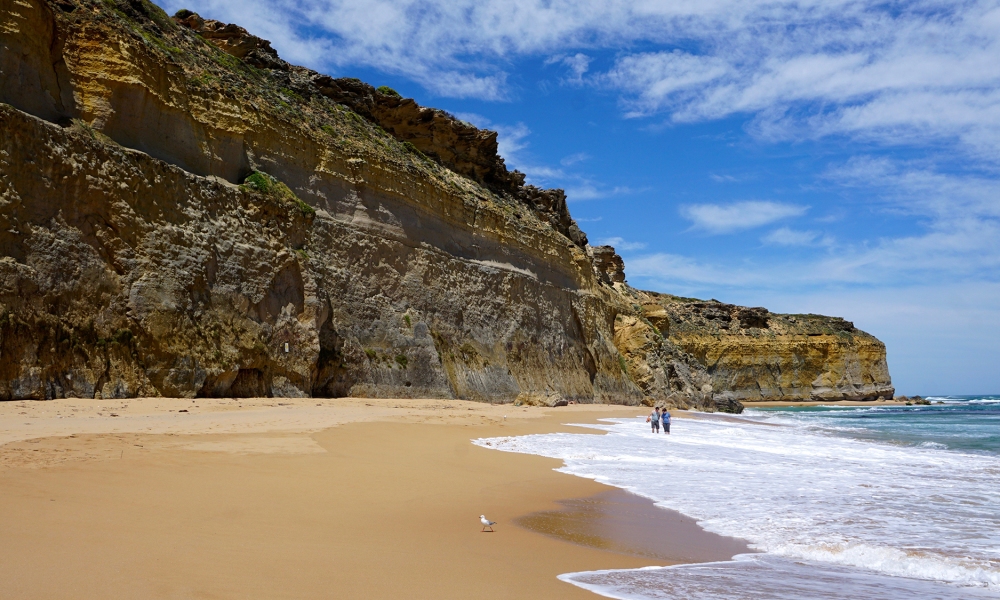 This day started with me getting up early and hitting the road to beat the crowds.

It ended with me saying: That was the best day of my life!!!

My day two itinerary took me from Apollo Bay all the way to The Grotto, and the journey was perfect in every way. The weather was wonderful. I got to spend extra time at places I’d seen during my first GOR visit. I was well ahead of the crowds, and I came across some new treasures. Like this one:

I even enjoyed the driving part. In fact, I enjoyed it a lot, and being out of sync with the tourist crowd meant I was often all by myself on the road. That gave me plenty of stress-free driving practice!

My first stop was The Gibson Steps. This giant staircase carved into the cliff leads visitors to the beach and a ground-level view of a portion of The 12 Apostles.

Just down the road, there’s a big visitors’ center for viewing The 12 Apostles from above. As with all of the GOR goodies, there’s no admission fee. 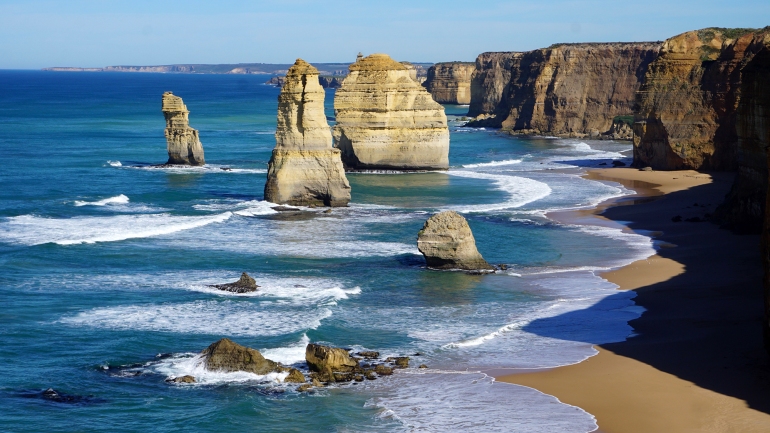 From there, I continued to Loch Ard Gorge, which is in Port Campbell National Park and named after the ship that was wrecked nearby in 1878. There were just two survivors. Here are more details from Wiki:

Of the fifty-four passengers and crew, only two survived: Tom Pearce, at 15 years of age, a ship’s apprentice, and Eva Carmichael, an Irishwoman emigrating with her family, at 17 years of age. According to memorials at the site, Pearce was washed ashore, and rescued Carmichael from the water after hearing her cries for help. Pearce then proceeded to climb out of the gorge to raise the alarm to local pastoralists who immediately set into plan a rescue attempt. After three months in Australia Carmichael returned to Europe. Four of her family members drowned that night. Pearce was hailed as a hero, and continued his life living until age 49. He is buried in Southampton, England.

While I thought that the gorge was beautiful, it was the park’s Sherbrooke River Walk (in the video above) that really took my breath away. 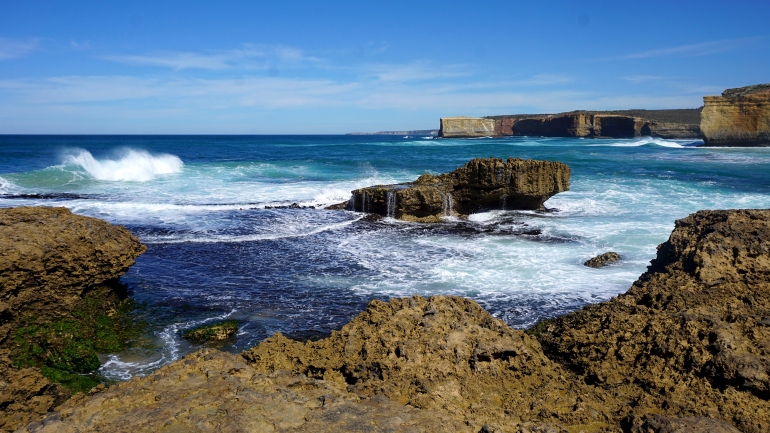 Also in Port Campbell National Park, there was Mutton Bird Island and The Razor. 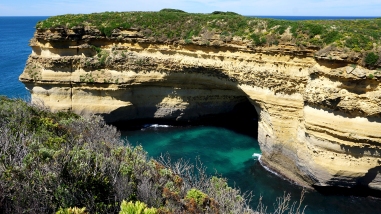 While these sights were very picturesque, they were also ominous reminders of why this part of Victoria, Australia has been nicknamed The Shipwreck Coast. It’s estimated that more than 700 ships have been wrecked on these rocks, and I can’t imagine how terrifying it would be navigating through the surrounding waters.

And speaking of terrifying …

The Great Ocean Road sight known as London Bridge used to be one massive chunk of rock. Until the day it collapsed … with two people on top! Here’s the story from Wiki:

The span closer to the shoreline collapsed unexpectedly on 15 January 1990, leaving two tourists (Kelli Harrison and David Darrington) stranded on the outer span before being rescued by helicopter. No one was injured in the event. 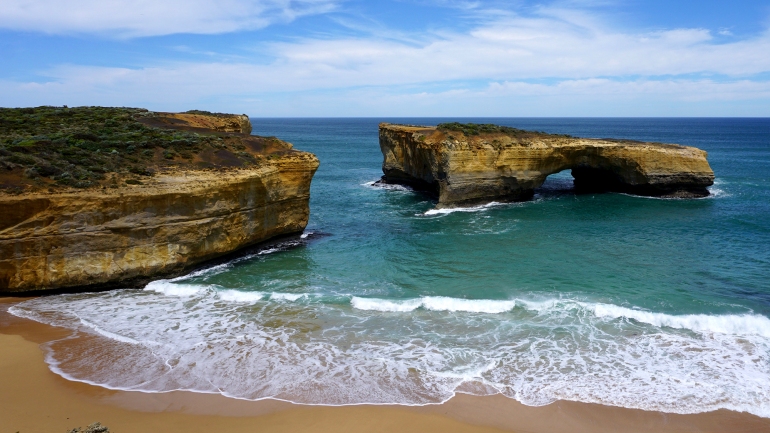 Phew! Much less terrifying is another nearby attraction: The Arch. 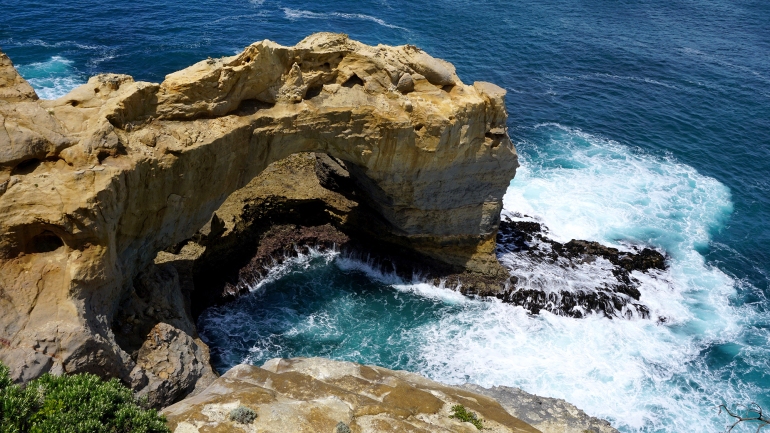 My last stop heading west was The Grotto. After that, I turned around and drove back “home” to Apollo Bay. 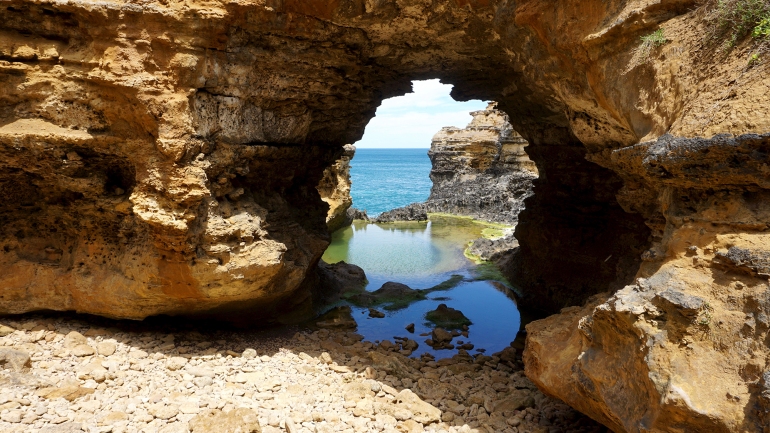 But I couldn’t resist one more stop along the way. I wanted to take advantage of the afternoon sun to get more photos of The Gibson Steps beach — and squeeze in an afternoon stroll! 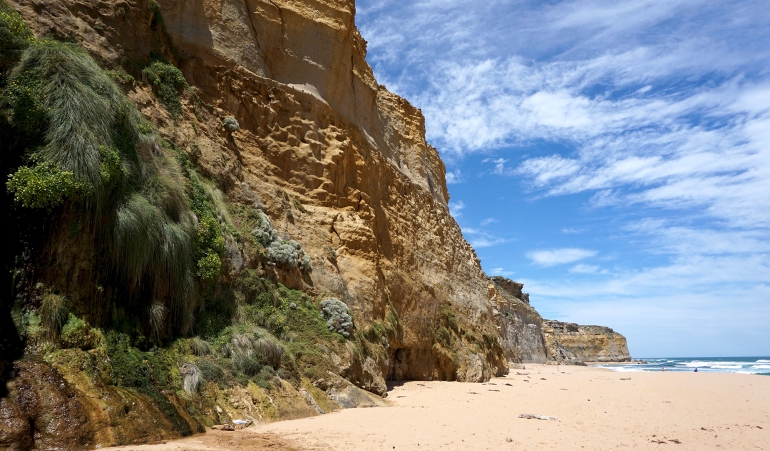 There was another beautiful beach just across the street from my Apollo Bay motel. And that’s where I spent the rest of the afternoon splashing in the crocodile-free Victoria waves. Heaven!!!

Here are the rest of my photos from day two: 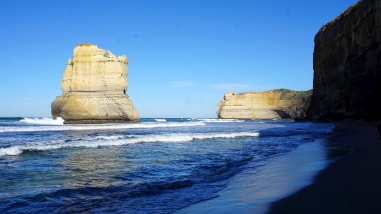 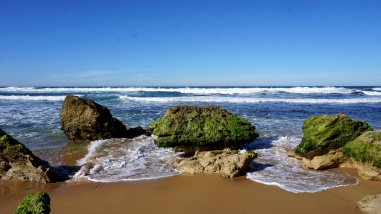 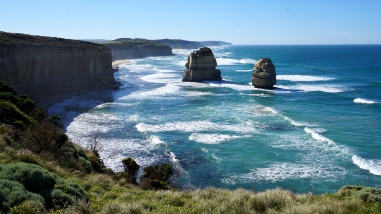 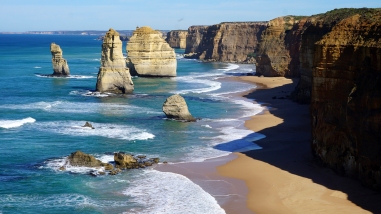 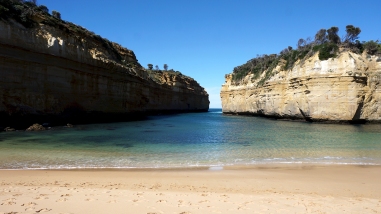 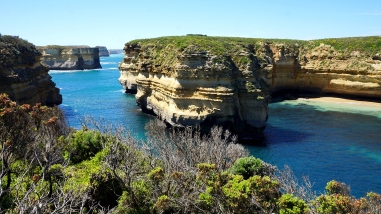 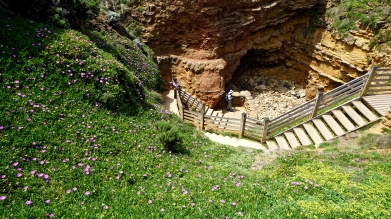 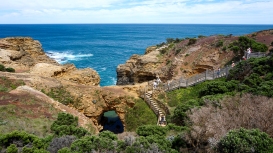