Inside the Sydney Opera House

In an odd — but awesome!!! — coincidence, a Houston friend and I were texting about the Irish singer/songwriter Glen Hansard. Most people know Hansard from the 2007 film Once and his Oscar-winning song Falling Slowly.

Anyway, while texting, my friend and I realized that Glen Hansard was on tour.

And he was going to be in Australia.

Performing AT THE SYDNEY OPERA HOUSE!!!

There was no way I was going to miss the chance to see him live (he’s incredible live), especially at such an iconic venue. It meant that I’d have to return to Sydney to catch the concert, which also gave me the chance to take a behind-the-scenes tour of the Sydney Opera House. 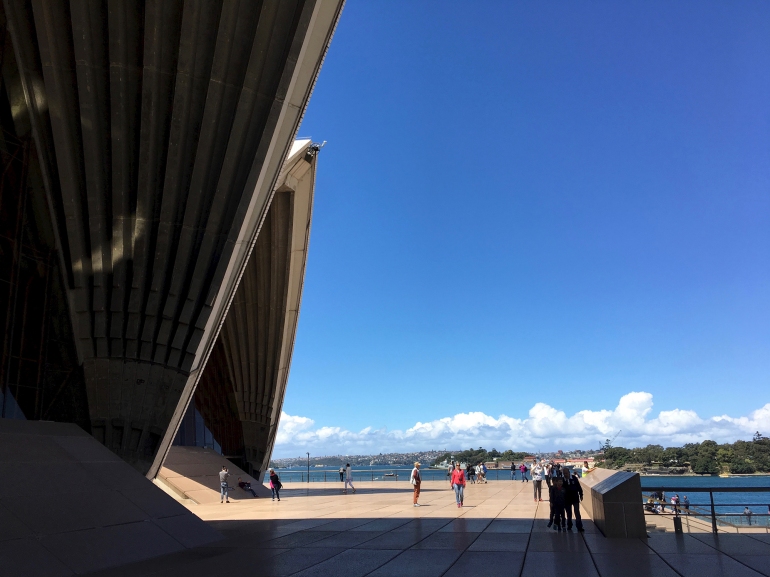 Nothing says “Sydney” like this iconic structure, and it was interesting to see it from the inside and learn more about its tumultuous history. There’s a very comprehensive summary of that history here.

The tour took about an hour and included stops in two of the opera house’s eight performance venues. While inside, our guide explained some of the acoustical engineering and the logistics of managing the venues’ many production sets.

Later, she shared some interesting facts about the building itself. For instance: The opera house was designed to look pleasing from all angles, even from above. Therefore, the roof has no rain gutters, elevator shafts or A/C equipment to taint the view.

When it rains, the water cascades to the ground where it drains through grooves in the sidewalk. 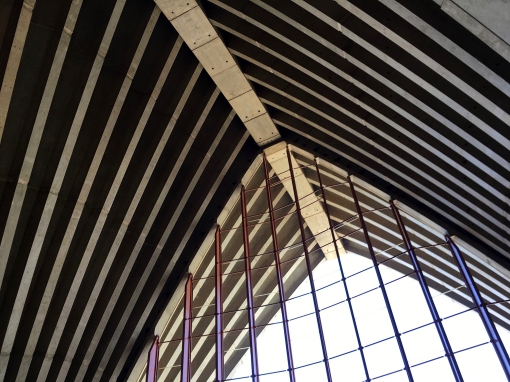 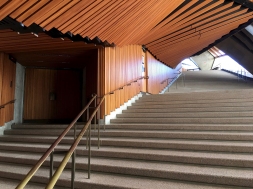 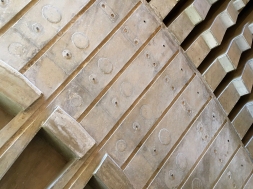 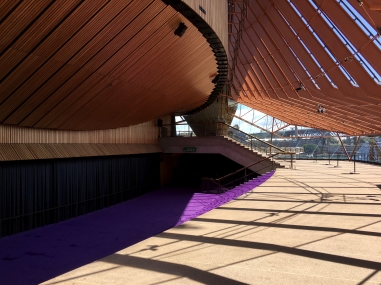 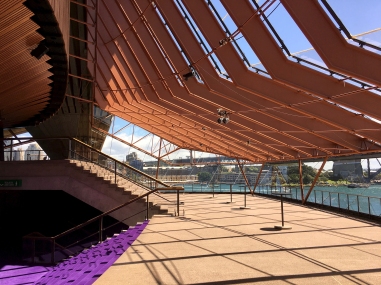 From the building’s Northern Foyers, there were great views of the Sydney Harbour below. 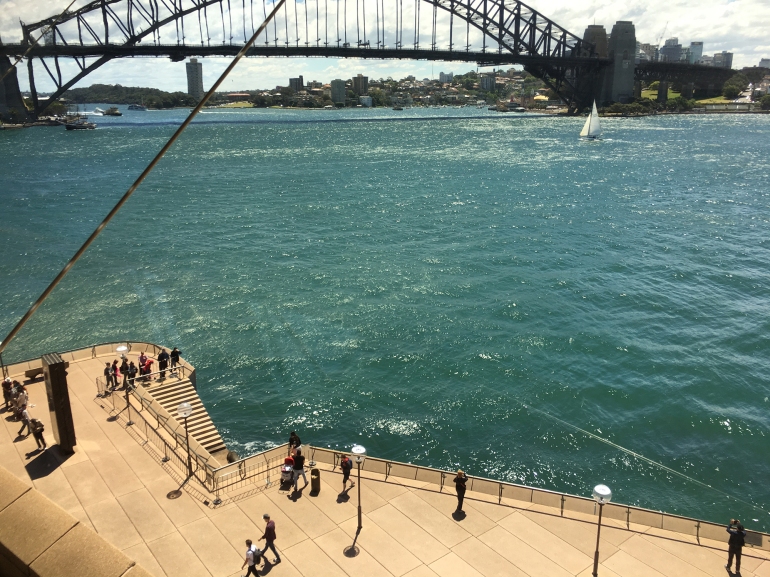 See the seal at the bottom of the steps? Remember him? 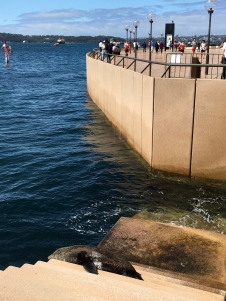 Having eight venues allows the Sydney Opera House to host more than 40 events each week. But the biggest draw for tourists this season has been the 60th anniversary production of My Fair Lady. This one is directed by Dame Julie Andrews.

Of course, I was most excited about my Glen Hansard concert, which did not disappoint. Between the bright concert lighting and the smoke-machine haze, it was hard to get a decent photo on my iPhone, but here’s what the main concert hall looked like before the concert started.

On their website, the Sydney Opera House describes the hall as “the most majestic space.”

Between the space — and the concert — I couldn’t agree more!