I will never forget sitting in the theater and watching The Lord of the Rings: The Fellowship of the Ring for the first time. I adored all of Peter Jackson’s films in that trilogy, and I eagerly bought the DVD boxed sets when they were released. I also listened to every commentary track and watched every added featurette.

But there’s nothing like walking through The Shire’s film set.

It’s not a cheap attraction, but I’m glad I sprung for the half-day tour that left from Rotorua. As you can imagine, Hobbiton is a popular tourist draw, but visiting during the off-season meant fewer people crowding in front of the 40+ hobbit holes on view. A huge plus!

I’m a little peeved about one thing though: I purposely took the afternoon tour because some fool of a Took — as Gandalf would say — on Tripadvisor advised that the afternoon was a better time for photos.

It was actually the worst time! Because the sun was behind the hobbit holes, it made for some disappointing photos and no chance to get a good wide shot of all those hillside homes. But, trust me, in person it was incredible and the attention to detail very impressive.

It was also so much fun recognizing shots from the films. Like Bilbo’s party tree and celebration area … 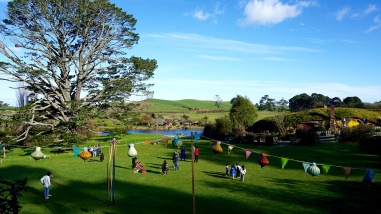 FUN FACT: The tree above Bilbo’s home is actually fake. 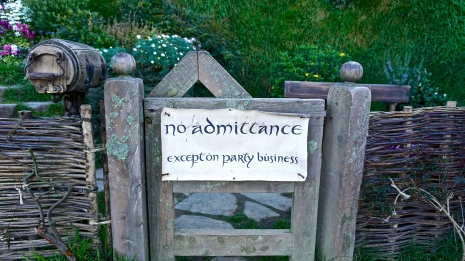 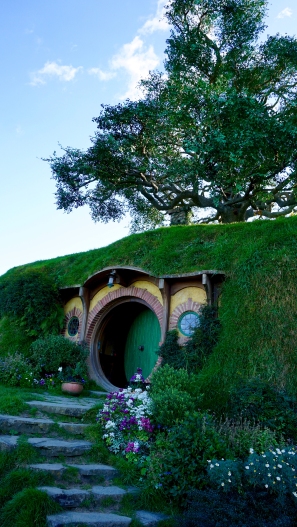 Here are some more “holes” and a few (poorly lit!!!) shots of The Shire. 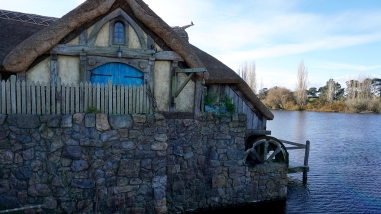 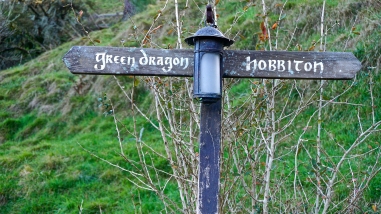 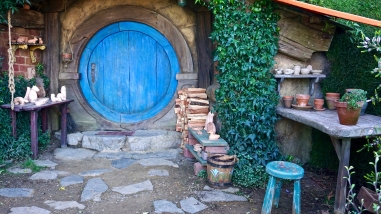 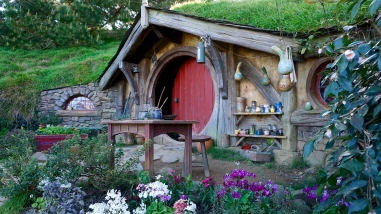 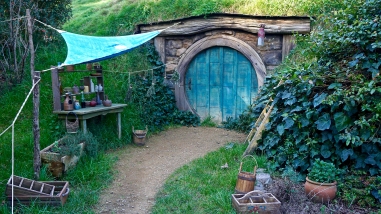