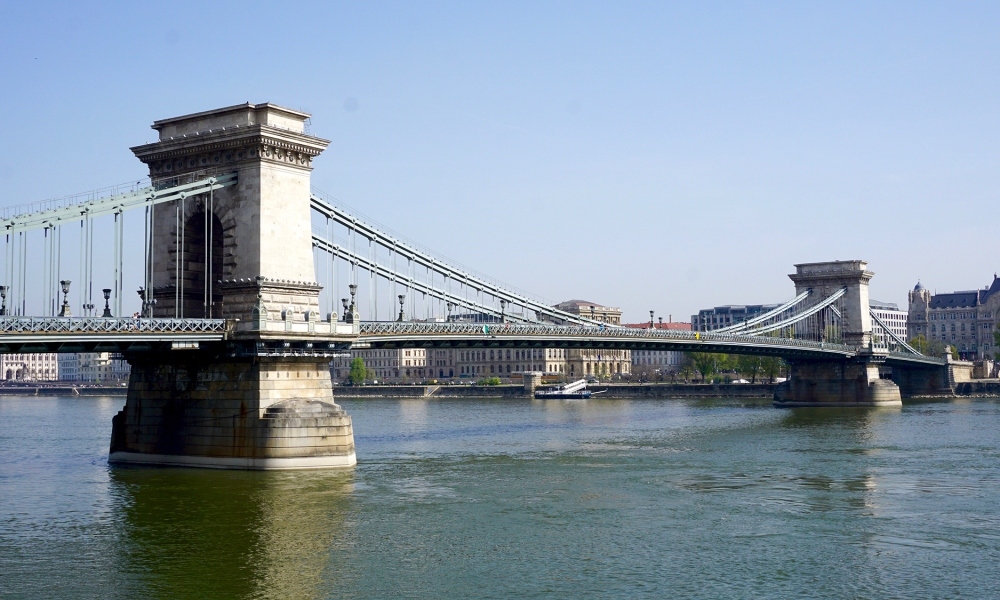 It’s hard to describe what I like so much about Budapest. I just know that I really, really like it.

The first time I visited — about two years ago — I stopped over for two days on my way from Vienna to Prague. Immediately, I regretted not planning a longer stay. Budapest is so interesting. I’m glad I can finally have a do-over so I can “do” the city even more.

Budapest took a beating during WWII, so it’s not fairytale lovely like Prague, but it still boasts stunning architecture. There’s elegant, hilly Buda west of the Danube and flat, funky Pest (pronounced pesht) on the east. Buda has Fisherman’s Bastion, Buda Castle, and the famous Gellért Baths. Pest has the massive and beautiful Hungarian Parliament building, as well as an eclectic mix of restaurants, shops, and ruin bars. The wildly popular Szimpla Kert was voted second best bar in the world by Lonely Planet. If you want to explore Szimpla’s interior and multiple floors, visit during the day. At night, it gets inundated with tourists, hen partiers and stag doers. 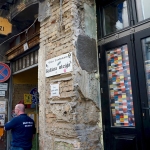 As for the city …  If I had to choose sides, I’d pick Pest. It’s not as touristy, and it has much more character, particularly in the 7th district, which is home to the historical Jewish quarter.

Budapest is a fantastic travel bargain. Not cheap exactly, but much less expensive than even Prague. For $61/night, I had an incredible Airbnb that was huge and had wonderful architectural features…

Plus, a view of the Jewish Synagogue (the second largest synagogue in the world).

Budapest also has this vibe that I would describe as very chill — the chillest city and people I’ve encountered to date. People are kind, laid back, helpful and unpretentious.

I’ll share more about this wonderful city later. In the meantime, here a few photos that capture a bit of its flavor: 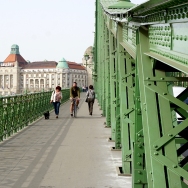 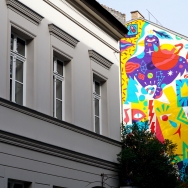