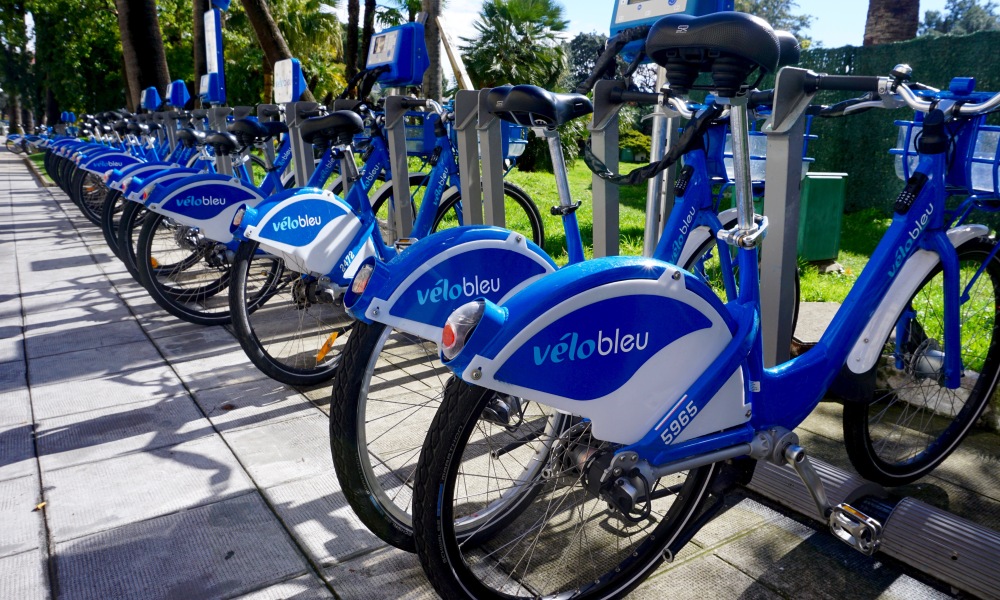 I made a spontaneous decision to go to Nice. It was a logical stopover on a long train journey and a chance to see another part of France. So why not? It’s one of the incredible gifts that comes with this type adventure — having the time and the flexibility to go somewhere on a whim.

I’m so glad that somewhere was Nice.

First of all, the train ride between Genoa and Nice was SPECTACULAR as the track hugged the coast and offered up amazing views that went on for miles.

Nice isn’t considered one of the “cool kids” like Côte d’Azur neighbors Cannes or Monaco, but I was absolutely captivated by it. If I hadn’t already booked my forwarding journey, I would’ve stayed longer. Everything about Nice was stunningly beautiful.

Including the beach! Instead of sand, Nice’s beach consists of smooth, gray stones. 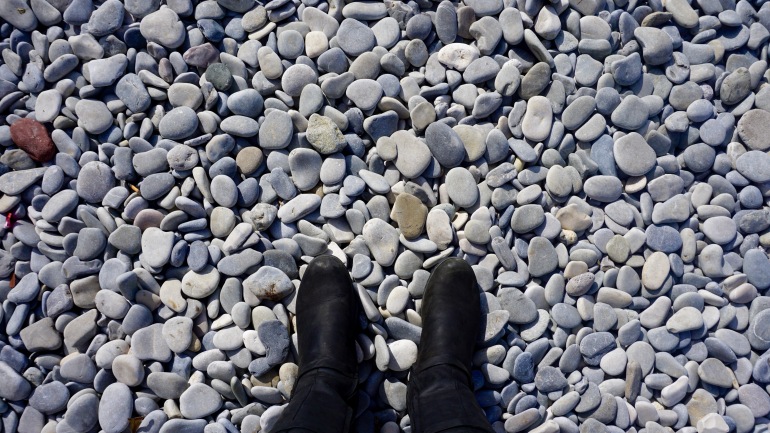 There’s a wide promenade along the coastline for pedestrians, rollerbladers and cyclists. There are blue chairs in sections overlooking the water and famous cafes and hotels lining the beach’s main drag.

You can climb the 200+ steps to the top of Castle Hill for incredible views of the city. Or, you can get there by taking the somewhat hard to find ascenseur (elevator) that drops you off at the stairs just below the summit (to make finding the elevator easier, here’s the location). At the top you’ll also find Roman ruins, mosaics in the walkways, a huge waterfall, and a lovely park.

Nice has a section called “new town” that’s modern and filled with shops on streets that follow a grid pattern. There’s also the must-see “old town” with narrow, twisty footpaths and walkways that creep up the steep hills. The pedestrian paths at the bottom of the hills are filled with boucheries, boulangeries, cafes and shops. Even the souvenir stands in Nice are elegant! Here are some photos of the old town, including the beautiful baroque Cathédrale Sainte Réparate and the famous ice cream and sorbet shop, Fenocchio Glacier, with 94 flavors: 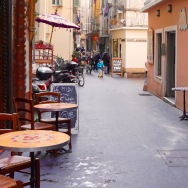 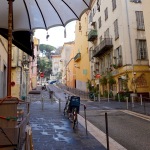 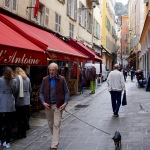 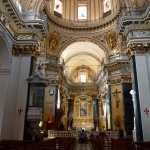 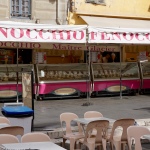 Nice has a huge and very popular swath of green space called the Promenade du Paillon that’s sandwiched between the old and new towns.

The Cours Saleya is a large market near the beach where you can buy flowers, fruit/veg, fish, spices, etc… It also has a couple of food stands selling socca — a savory pancake made from chickpea flour that’s a popular local snack. While I stood in line for my own socca, I asked the couple in front of me if it was good. Between my poor French and their slightly better English, they assured me that it was very tasty and that we were buying the best in the market. They got theirs first and offered me a taste. Delicious! I ate mine while seated on a bench next the promenade … which made it taste even better. 🙂 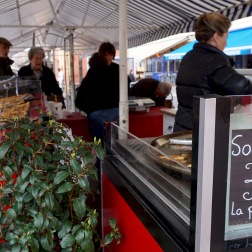 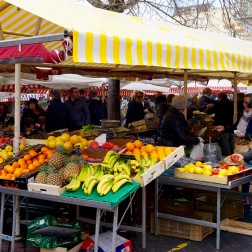 One night while I was there, it stormed pretty heavily. The sun came out the next morning, but it was windy, and the waves at the beach were big and loud. I leaned against the railing along the promenade, watching the waves and feeling the sea spray. It was incredible, and I could see that others were doing the same … just as caught up in the moment as I was.

I don’t know why, but I felt more at home in Nice than any other place to date. Maybe I can plan to “spontaneously” drop by again some day!