After a very long flight that changed in Singapore, I said baai baai to Hong Kong and bonjour to Paris.

I’ve been to Paris before (once on a high school trip and another time a few years ago), so I was under less pressure to visit the typical sights and more able to relax my pace and add some joie de vivre to my visit.

This time, I skipped the Louvre in favor of first-ever trips to the Musee d’Orsay and Musee de l’Orangerie. I really enjoyed the very intimate l’Orangerie and its breathtaking Water Lillies by Claude Monet that cover the walls in two conjoined circular rooms. You can see it yourself by taking this virtual tour.

Musee d’Orsay is a stone’s throw from l’Orangerie on the opposite side of the Seine. It’s a much bigger museum in comparison but still easy to “do” in a day or less. The Orsay was built inside a former train station, so the architecture is an attraction all by itself:

Musee d’Orsay has multiple floors and a maze of rooms filled with the world’s largest collection of impressionist and post-impressionist art. So many iconic paintings … like these: 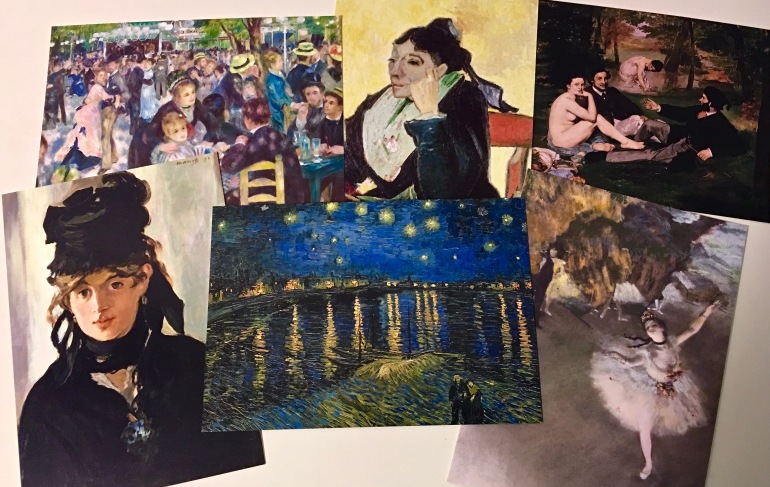 Since I’m visiting Paris in the low season (and, sadly, in the wake of the recent terror attacks), I haven’t encountered the large crowds you’d expect at the major sights. In fact, there are days when it seems like I have the whole place to myself. 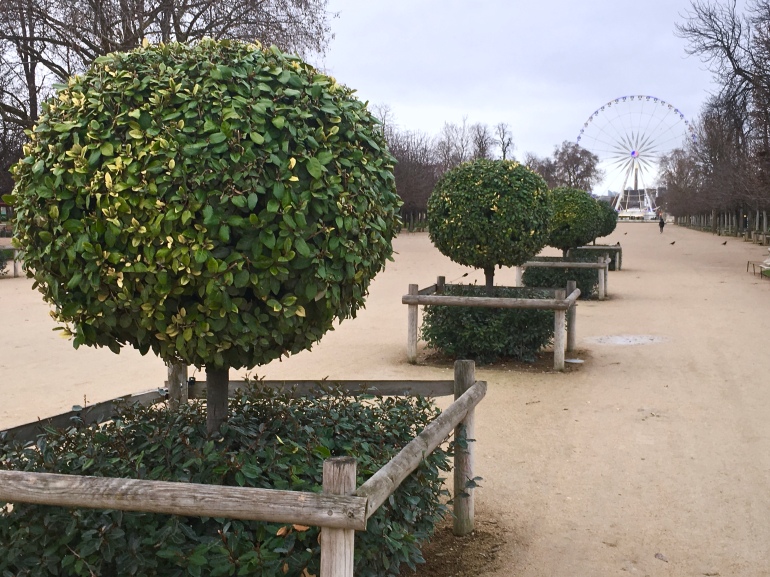 Being an early riser also makes a difference. That’s what led me to be the first person in line for elevator tickets at the Eiffel Tower. I could’ve taken the cheaper, heart-healthy stairs … but, sorry, no 704 steps for me!

I got to the base of the tower at about 9:00 a.m., approaching from the west side (for the lovely view) via Trocadero metro station. The ticket kiosks open at 9:30 a.m. and, even though I was a bit early, I was still surprised to find so few tourists there – especially since it was a rare, rain-free day with blue skies that made for beautiful views.

But there was also a lot of wind! So much so that nobody was allowed to take the elevator all the way to the top of the tower. The highest I could go was the second floor, and that was just fine with me. There were times when it was hard to keep my balance because the wind was so fierce!

Here are some things to know about Paris: 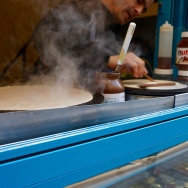 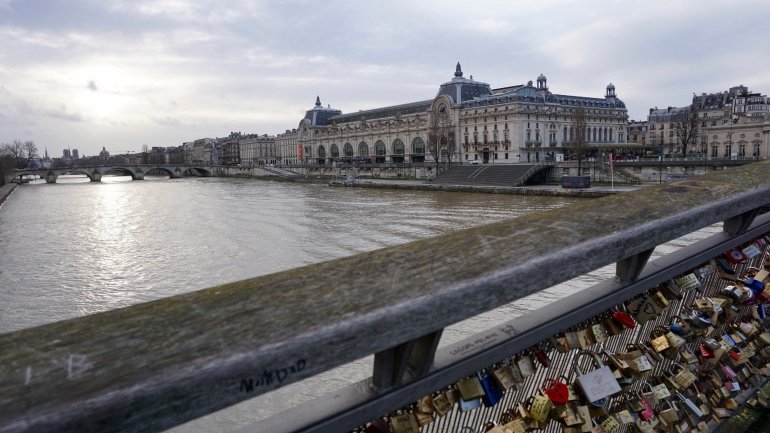 More to come from Paris!